Andhra Pradesh Chief Minister YS Jagan Mohan Reddy on Tuesday launched the YSR Free Crop Insurance scheme and directly credited Rs 1252 Crore into the bank accounts of 9.48 lakh farmers who have lost their crop during the Kharif season in 2019. Speaking on the occasion, AP CM YS Jagan Mohan Reddy said that the government has taken the responsibility of supporting the farmers during all hard times and thus brought in the free crop insurance scheme, without levying any burden of premium on farmers.

During the previous government, for availing insurance scheme, the farmer had to pay his share, while both State and Central governments will be paying an even share of the premium amount. However, neither the State nor the Centre used to pursue the insurance claims resulting in farmers receiving the insurance amount either after a very long time or after, end up losing the insurance. In order to resolve this, the government has taken up the issue to benefit farmers and process the claims in fast-track mode, besides paying the entire premium on behalf of farmers.

During the previous government reign, farmers feared paying heavy premiums and had shown no interest. Between 2016-19, in three years, the previous government had spent on an average Rs 393 Crore per annum towards insurance premium, while the farmers had paid about Rs 290 Crore per annum. While only about 20 lakh farmers were enrolled for insurance coverage during the TDP regime, in our government about 49.80 lakh farmers have been brought under the insurance cover, where the State government took the responsibility by paying Rs 971 Crore towards premium during 2019-20.

With regard to the Nivar Cyclone, the Chief Minister said that the crop loss enumeration was done, the details will be displayed at Rythu Bharosa Kendras (RBKs) along with village secretariats and compensation would be paid by December 31.

Further, Chief Minister YS Jagan Mohan Reddy said that the government has been working to safeguard the interests of the farmers and thus established 10641 RBKs integrating with village secretariats to benefit the farmers. Taking transparency in governance to the next level, the state government brought e-cropping, where all details of the crops will be uploaded to the e-crop database, including the crop loss data.

All these details, compensation for the crop loss will be displayed at RBKs for social audit and those missing out from the list can get enrolled at RBK itself. Not just from seeds to marketing but RBKs also serve the purpose of crop loss, he said.

The crop loss during 2020 will be paid in April without any delay after the Planning Department submits the report. The government is also purchasing germinated and discolored crops at a graded MSP to ensure that no farmer suffers financially.

Ministers K Kannababu, Chelluboyina Venugopala Krishna, AP Agri Mission Vice-Chairman MVS Nagi Reddy, and concerned officials participated in the meeting and were joined by farmers and officials of all districts by video conference. 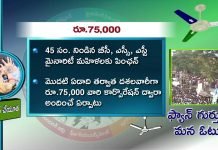 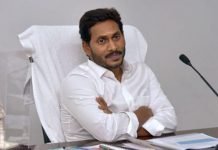