In a press release on Tuesday, Vijay Kumar Reddy said each eligible beneficiary would be directly paid a total amount of Rs 75,000 in four years at the rate of Rs 18,750 per annum. “The government would spend an amount of Rs 17,000 crore on the scheme,” he added. “Unlike other schemes, YSR Cheyutha is unique in the sense that it gives freedom to eligible women to use the amount deposited in their unencumbered accounts for any purpose of their choice. Women who invest the amount in setting up business units as suggested by the government would be provided marketing and technical support. They also become eligible for bank loans,” he explained.

Meanwhile, a GO issued on Tuesday by Panchayat Raj and Rural Development said the beneficiaries who become eligible after attaining 45 years as on August 12 of every year, will receive the benefits of the scheme. However, those who are currently enrolled and cross the upper age limit of 60 years will cease to receive the benefits as such beneficiaries will move on to Pension Kanuka, subject to their eligibility. How to Apply YSR Cheyutha Scheme 2020 Online below. 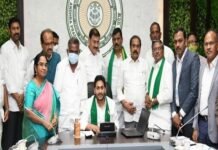 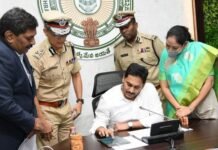