Former US President Donald Trump Facebook Account Suspended For 2 Years for violating its policy and he said an “insult” to voters, renewing his false claims that the 2020 presidential election was stolen from him. “Facebook’s ruling is an insult to the record-setting 75 Million people, plus many others, who voted for us in the 2020 Rigged Presidential Election,” Donald Trump said in a statement.

“They shouldn’t be allowed to get away with this censoring and silencing, and ultimately, we will win. Our country can’t take this abuse anymore!” His reaction came after Facebook Suspended him for two years, saying he deserved the maximum punishment for violating platform rules over a deadly attack by his supporters on the US Capitol.

The two-year ban will be effective from January 7, when Donald Trump was booted off the platform and comes after Facebook’s independent oversight board said the indefinite ban should be reviewed. “Given the gravity of the circumstances that led to Donald Trump’s suspension, we believe his actions constituted a severe violation of our rules which merit the highest penalty available under the new enforcement protocols,” Facebook vice president of global affairs Nick Clegg said in a post.

At the end of Donald Trump’s 2-year ban, Facebook will enlist experts to assess whether his activity at the social network still threatens public safety, according to Nick Clegg. “If we determine that there is still a serious risk to public safety, we will extend the restriction for a set period of time and continue to re-evaluate until that risk has receded,” Nick Clegg said. 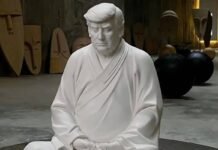 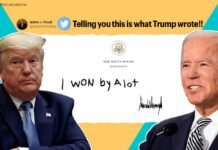