Facebook launched Collab App, an experimental app for making collaborative music videos on the App store. Notably, the social media giant launched it as an invite-only-beta back in May. This is one of the many products from Facebook’s New Product Experimentation (NPE) team.

Inspired by Tik Tok, this app allows users to create short-form music videos by combining up to three independent videos for up to 15 seconds. With the app, you can create your arrangement by adding in your recording or by swiping and discovering an arrangement to complete your composition.

Similar to TikTok, it has an endless scrolling feed of video uploads that users can browse through, and select accordingly. Further, there are options to like a favorite musician in the app so that the user will be notified when they post new clips.

Coming to the syncing part, the app itself handles the complexities of video and audio syncing by offering in-app tools. The content created through the Collab app can be published on other platforms, including TikTok, and Instagram, however, the exported content will have the app’s watermark on it. All said and done, it is now limited to the US market and iOS platform. There is official word on the world-wide rollout yet. 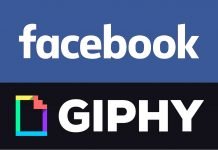