SWAMITVA Scheme Highlights: Prime Minister Narendra Modi launched the physical distribution of property cards under the ”SWAMITVA Scheme” via video conferencing and asserted that it is a historic move set to transform rural India. The move will pave the way for villagers to use the property as a financial asset for taking loans and other financial benefits.

The Prime Minister’s Office (PMO) has said the launch will enable around one lakh property holders to download their property cards through an SMS link sent on their mobile phones, and this would be followed by the physical distribution of property cards by respective state governments.

These beneficiaries are from 763 villages across six states, including 346 from Uttar Pradesh, 221 from Haryana, 100 from Maharashtra, 44 from Madhya Pradesh, 50 from Uttarakhand, and two from Karnataka. PM Narendra Modi interacted with many beneficiaries of the Survey of Villages and Mapping with Improvised Technology in Village Areas (SVAMITVA) scheme. Check out 10 Keys of SWAMITVA Scheme Highlights Below;

1. The property will enable around one lakh property holders from six states to download their property cards through an SMS link. The physical distribution of property cards will follow.

2. Beneficiaries will have a right and a legal document of owning their houses.

3. These beneficiaries are from 763 villages across six states, including 346 from Uttar Pradesh, 221 from Haryana, 100 from Maharashtra, 44 from Madhya Pradesh, 50 from Uttarakhand, and two from Karnataka.

4. Property cards under the SWAMITVA Scheme will clear the way to buy and sell the property without any dispute for the villagers.

5. After getting the property card, easy access to loans from banks on their (beneficiaries’) houses would be ensured.

6. Property cards will become a great medium to end many disputes in villages.

7. With the new technology like using drones in mapping and survey, accurate land records of every village can be created.

8. SWAMITVA Scheme will help in strengthening the Panchayati Raj system for which efforts are underway for the past 6 years.

9. SWAMITVA Scheme will make village management easier for gram panchayats in a systematic way like municipalities and municipal corporations.

10. The property is being implemented across the country in a phased manner over a period of four years (2020-2024) and would eventually cover around 6.62 lakh villages of the country.

Apart from launching the SVAMITVA scheme India, PM Narendra Modi also spoke on how rural people in India were benefitted from other government schemes like having a bank account, electricity connection, access to toilets, getting a gas connection, having a pucca house, and a piped drinking water connection. 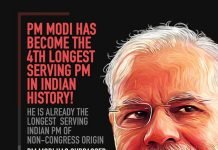