In the over one-minute-long Khaali Peeli Movie teaser, Ishaan, a half-murder accused, and Ananya Panday, a dancer, are seen running away with some cash and jewellery in their taxi – known as Kaali Peeli in Mumbai – with a peculiar number plate, 6969. Khaali Peeli, also starring Pataal Lok actor Jaideep Ahlawat, marks the directorial debut of Maqbool Khan who called the film “a young, edgy, mad roller-coaster ride.”

At the beginning of this year, Ishaan Khatter had shared a still from the film where he and Ananya Panday were seen in a black and yellow taxi. Ishaan was on the driver’s seat, while Ananya was seated in the passenger’s seat.

Khaali Peeli Movie which was scheduled to release on June 12 in theatres has been postponed as cinema halls still remain close due to the ongoing pandemic. 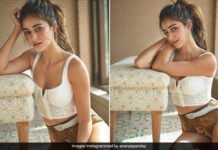 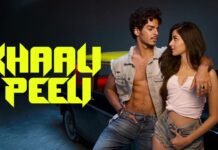