Actor Vijay Antony has released Bitchagadu 2 Movie First Look Poster on the occasion of his 45th birthday on Friday. Bitchagadu was released as a dubbed Telugu version of the actor’s popular Tamil film Pichaikaran While it released amid no expectation, it managed to win over the audience and had a good run at the box office.

Bitchagadu 2 is likely to go on floors by the end of this year and will hit the screens in 2021. Earlier, there were rumours that the film will be directed by Sasi who helmed the sequel but the actor put a full stop to the rumours with his tweet. 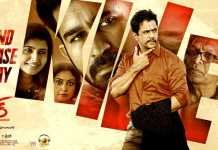