Theprimetalks.com
Home News My Boyfriend is Over Possessive Clown I Just Break Up ?
Advertisement 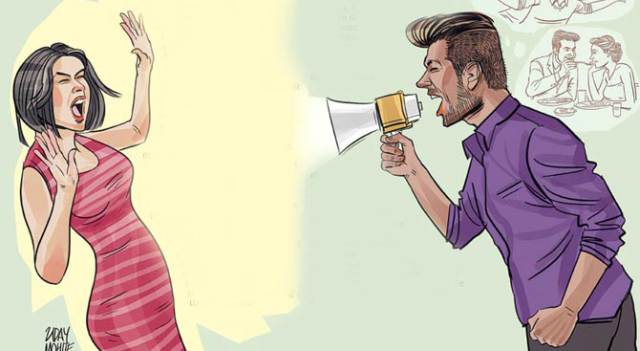 My boyfriend is over-possessive and this irritates me a lot. What should I do?

I’m assuming you have told him about this often enough, and it hasn’t had much of an effect. This happens to a lot of men who mistakenly believe that the woman they are with is their possession, as opposed to someone with a life and mind of her own. It’s Neanderthal-like behaviour that ought to have ended the minute men and women left those caves behind for good but, unfortunately for us, Hindi cinema, the advertising industry and Indian men in general tend to help perpetuate the myth that a woman is supposed to do her man’s bidding, or is answerable to him in some way simply because she has condescended to go out with him a few times.

You boyfriend needs a wake-up call. Tell him that you intend to end this relationship the minute he acts like a possessive clown again. If he continues, it means he may never really take your wishes into account, in which case I suggest you act upon your threat. There are other single men around, after all, and not all of them are jerks with too much testosterone driving their behaviour.

My girlfriend says I’m stupid and makes fun of me in public all the time. Should I break up with her?

If you really are stupid, she is probably doing you a favour by being honest with you. If you’re not, then she’s just being mean. Either way, criticising you in public is poor form. Ask her to stop, pointing out that she can always have a conversation about your intelligence in private if she really has to. Speak about the need to set boundaries. Ask her about things she may not like you discussing in public too. And if she keeps doing it, maybe you should split and move on. After all, to continue to take this sort of abuse would really be stupid.
Advertisement
<<<<< I want To Date My Best Friend He Is Not Ready >>>
Stay tuned for more news and updates and Press CTRL+D to Bookmark IndianTalks .
Advertisement