Theprimetalks.com
Home Technology 5 Things You Might Know About the Apple iPhone 7
Advertisement 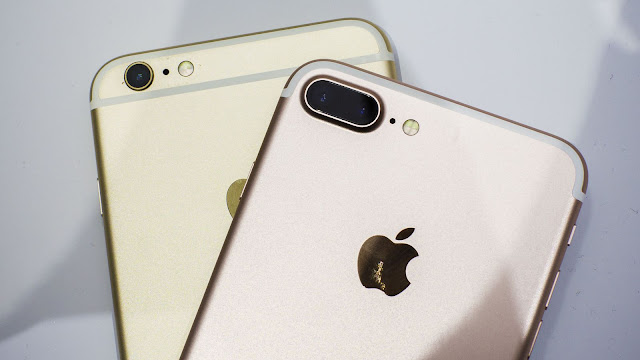 Apple iPhone 7 features : Apple finally took the wraps off their seventh generation iPhones – iPhone 7 and iPhone 7 Plus at an event in San Francisco. Everyone is talking about is, of course, the absence of a traditional headphone jack and the fact that Apple now makes waterproof smartphones. However, there are some lesser known features of the iPhone 7 you might not know about, hence here are five iPhone features .

Yes, Apple is getting serious about selfies and their ambitions reflect with the new iPhones. First and foremost, the pixel count for the front HD facetime shooter has been bumped up to seven megapixels from five. Additionally, the lens now features wider color capture and auto image stabilization. It still comes with that retina flash for better low light shots.

The new 12MP rear camera arrangement now also includes a quad-LED true tone flash setup and a flicker sensor that can refine photos taken in artificial lighting. Apart from that, it can produce 50% more light than previous generations.

Complementing the new camera setup is a dedicated image signal processor that can read objects in real-time for adjusting focus, color, exposure, and more. Apple says it uses machine learning to do so and offers “supercomputer performance”. To be precise, ISP can perform over 100 billion operations on a single photo in merely 25 milliseconds.

4. The Home Button is Now Force-Sensitive :

As rumored, the new home button now works in conjunction with a TapticEngine API allowing developers to configure various feedback for different actions such as messages, notifications, and ringtones. It is also non-mechanical and feels a lot natural than before. It is certain Apple is devising new ways to interact with your phones without adding any substantial hardware component.

The Apple iPhone 7 also includes a better set (Yes, a set) of stereo speakers, one at the bottom and another one at the top. It is now twice as loud as the iPhone 6S and the dynamic range is increased.