The Youtube Picture-in-Picture (PiP) feature allows users to watch YouTube videos in a small mini player while simultaneously browsing outside of the YouTube app on their mobile devices. We’re starting to roll out Picture-in-Picture for YouTube Premium members on iOS and plan to launch PiP for all US iOS users as well.

How to Enable YouTube Picture-in-Picture Mode for iOS Devices:

YouTube picture-in-picture has been a constant back and forth game, with it sometimes working via the YouTube website on Safari. Some users have found creative workarounds utilizing Shortcuts to turn off built-in parameters on the YouTube website that disables picture-in-picture (pip). Now, though, with official support rolling out and soon to be more widespread, those workarounds will no longer be needed. 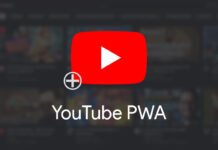