The Hyderabad-based startup has launched India’s first Ion-based Covid solution called Wolf Air Mask. The portable device can discharge up to 100 trillion negative ions per cm3/seconds. It can neutralises the harmful virus and microbes present in the air by binding the surface protein/spike protein of the Coronavirus or any other harmful virus, the company said in a statement.

Jagadeesh Bakthavachalam from Taradiddle Digital LLP, the company that introduced Wolf Air Mask said, “With the current surge in Covid cases, Wolf Air Mask is being used extensively nationwide to suppress the spread and ensure a healthy work environment by numerous government bodies like medical colleges and corporations.”

He added “This device is achieving an efficacy rate of 99.9 percent after numerous tests conducted by ICMR‘s top-rated laboratory and research centre under the Central government called RGCB. Explaining the working of the product, the company said that the negative ions stuck to the surface of the virus transform into highly oxidizing OH Radicals and draw out the Hydrogen from the protein spike of the virus. “The protein from which the hydrogen has been taken is degraded and the OH Radical returns as Water. This Sequence is performed instantly and thereby eliminating and neutralising the presence of virus and microbes,” it said in a statement. Wolf Air Mask is being assembled in India, the major parts of the product are imported. The domestic demands, from Tamil Nadu, Kerala, Andhra Pradesh, Telangana, Gujarat, Rajasthan, and West Bengal besides the metros of Mumbai and Delhi, revealed. The Wolf Air Mask costs a maximum price in India, It will be available for Rs 19,500 for a 500 sq ft room and Rs 29,500 for a 1000 sq ft room. 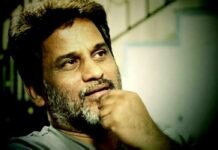