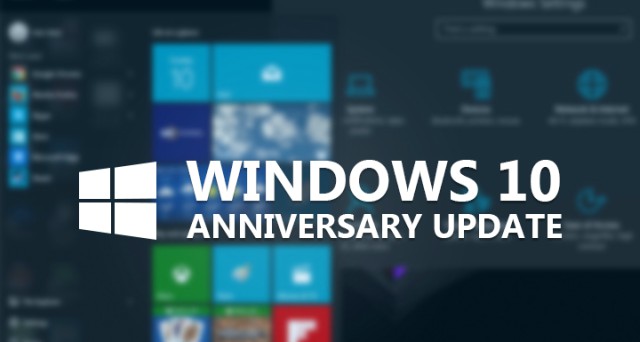 Windows 10 is free and Microsoft has given a free upgrade to it’s users. This is your last chance to get Windows 10 for free. Besides this, Microsoft has a great update on August 2. As a part of it’s Anniversary they are releasing update which have 3 major features. The features that you’ll notice in the anniversary update of Windows 10 are related to Microsoft Edge browser, improved pen support with “Windows Ink” and redesigned Start menu, which has a modern design language.
The Edge Browser will have a support to extensions after this update which is considered as one of the major thing in the browser. The Pen support will increase the smoothness and sensitivity which is added to a touch screen devices. The redesigned Start menu will have a navigation pane on the left and the hamburger button at the top-left corner. It moved the user profile button to the bottom above the Power, Settings, and File Explorer buttons.
Instead of the All apps button, you’ll see a single view showing the Most used apps, while the Recently added group can be found at the top of the unified list, where all applications that have been recently installed from the Store will appear for 7 days instead of 3 days.
Advertisement