Theprimetalks.com
Home Healthtips Why Shouldn’t Drink Water Immediately Before and After Meals How many of you have a habit of taking water in your mealtime?. Many doctors recommend that one shouldn’t drink water immediately before and after your meals Then, when should one drink water? Drinking while you’re eating is not a good idea which we are hearing from our childhood.

Reason for not drinking water when you are having your meals.

Most Indians have water along with their meals. The usual theory is it helps in the passage of food while eating. People have no idea how wrong this practice is and how difficult this can be for their digestion. Some Eastern medicine practitioners believe drinking cold water after eating can cause digestive or immune system problems And those people who are prescribed to take medicines before meals should take an hour before in a limited quantity of water.

Problems of Drinking Water Immediately after having Meal?

The saliva substitutes the function of water as the saliva contains 98% of water and 2 % of digestive enzymes. Saliva also kills certain kinds of bacteria found in the food we eat. It is best to drink fluids before and two hours after meals as this helps in the absorption of nutrients as per the researchers. One shouldn’t force themselves to drink if they aren’t thirsty. Listen to your body. Eat and drink intuitively.

when should we drink water after a meal?

It can be difficult to break the habit of not drinking during your meals but you can slowly wean yourself off it by just allowing small sips of room temperature water. You should aim to hydrate roughly 20 minutes before you eat, and then try not to drink too much water until about 30 minutes after you’ve finished your meal. You can surely reduce the intake of water at your dining table and can avoid the consequences.
Advertisement 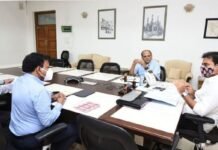 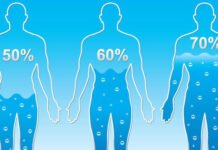 How Much Water Should Drink According To Body Weight?