WhatsApp Voice Messages Review Tool Feature is Testing for Android and iOS devices that will let users quickly review their voice messages before sending them to a contact, according to a new report. This is among a bunch of features that are said to be currently under testing and could launch soon.

As per a post from WABetaInfo, a platform that tests WhatsApp features in beta and publishes information about them, WhatsApp could add a ‘Review‘ button to the chat window, which will allow users to listen to the voice message they record before sending them. The WhatsApp Voice Messages Review Tool feature is reportedly under development and may be released in a future update on WhatsApp for Android and iOS.

WhatsApp was recently spotted testing a voice messages playback feature on the public beta channel that would allow users to increase the playback speed of voice messages they receive by using one of three options — 1x, 1.5x, and 2x. 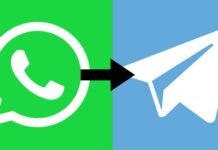