Watch Yaara Full Movie Online in HD Streaming on ZEE5, Yaara cast Vidyut Jammwal, Shruti Haasan, Amit Sadh, Vijay Verma, Kenny Basumatary and Yaara Movie is directed by Tigmanshu Dhulia is high on action and emotion. YAARA tells the story of a gang between the 70s to the 90s where friendships are tested because everyone is on the edge in this world of crime. Yaara film is a good snapshot of the country from that era with the world of law and order, politics, and business coming together in this epic story.

Actor Vidyut Jammwal plays the role of Phagun and is one of the highlights of this film. He surely does his fair share of mind-boggling stunts that will wow you. However, it is his range as a dramatic actor which really shines through in Yaara film making it one of his best performances.

Amit Sadh who plays the most interesting character in this film depicts his deep internal conflicts, with a depth that he is truly making his forte now. Actress Shruti Haasan plays the role of the idealistic college student whose dream of social change is shattered brutally when she is caught along with the Chaukadi Gang. (Yaara Movie Review)

Watch Yaara Movie Full Movie online which has the makings of a blockbuster with has everything – action, comedy, romance, and tragedy streaming on ZEE5. 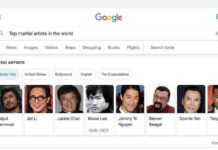 Vidyut Jammwal is Among Top Martial Artists in the World