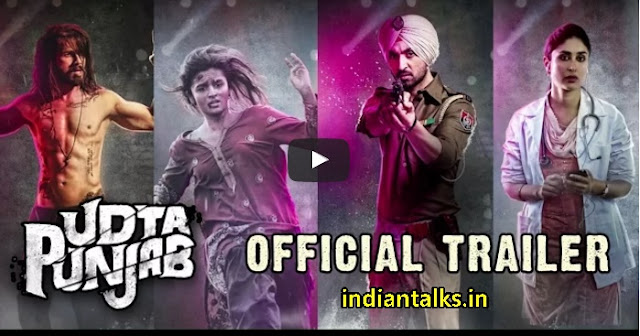 Advertisement
The much-awaited trailer of Udta Punjab starring Shahid Kapoor, Alia Bhatt, Diljit Dosanjh and Kareena Kapoor is out and it’s going viral. The film that deals with the problem of drug abuse features Shahid Kapoor as rockstar Tommy Singh.
Meanwhile, Diljit Dosanjh appears as a police officer while Kareena Kapoor plays a doctor but the biggest surprise of them all is Alia Bhatt. Alia appears in a character which is surely one of the darkest roles she has played till date.The movie directed by Abhishek Chaubey will hit the theatres on 17 June