Theprimetalks.com
Home Videos Watch Nagarahavu Movie Official Teaser HD Released
Advertisement
Nagarahavu Movie Official Teaser: The official teaser of the most awaited Kannada movie Naagarahaavu had been released by the movie makers yesterday on Youtube. The movie features Vishnuvardhan in the main lead and Ramya will be seen sharing the screen space with him. The director of the movie is Kodi Rama Krishna who had given the blockbuster movie Arundhati. The producers of the movie are Sohal Ansari and Dhaval Jayanti Lal Gada. 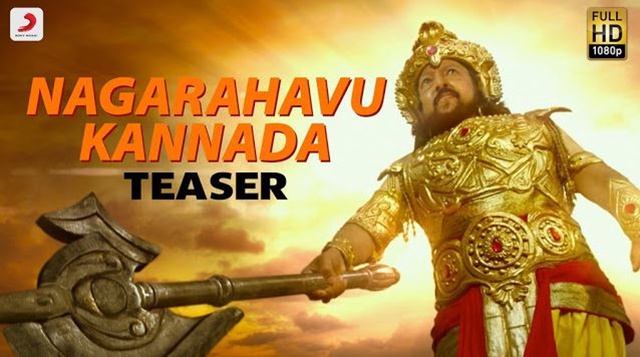 Advertisement
The movie also features Mukul Dev and Rajesh Vivek Upadhyay playing the supportive roles. The movie makers are busy with the shooting and meanwhile they had released the official teaser of the movie on May 30. you can watch the teaser of the movie below.
We can’t ignore the fact that this the 3rd movie with the title Naagarahavu from Sandalwood. The first movie was released in 1972 starring Vishnuvardhan and the second was released in 202 which is the official remake of Bollywood movie Baajigar. The producer of the movie is Sohail Ansari and Dhanal Jayantilal Gada.
The music for the movie had been composed by Guru Kiran. The director of photography is Venu. Jony Harsha had taken the editing rights of the movie.  Sony Music Entertainment presents the music of the movie. The 3D poster that had been released by the makers had been nominated for the Lenticular Print Award and this is the only movie representing India for the award.