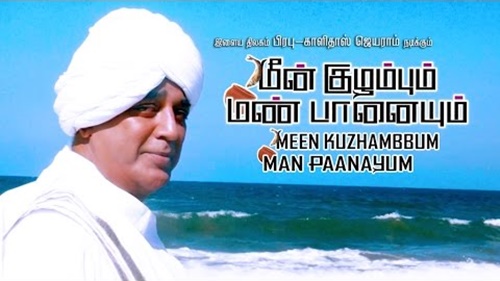 The cast of the movie also include Pooja Kumar, Santhana Bharathi, M.S Bhasker playing pivotal roles. Multi-talented super hero Kamal Hassan will appearance in a guest appearance in the movie. The cinematography was handled by Lakshman Kumar and the editing of the movie was done by Kevin.
The movie makers had arranged a grand audio launch event today on May 28, 2016 in Chennai. The audio tracks composed by D.Imman had been released by the makers. The movie had four songs in place all the songs have been released. The event witnessed the presence of entire movie crew and Tamil popular actors Karthi and Surya had appeared and graced the event with their presence.
Apart from the audio release the makers of the movie had also released the official trailer of the movie during the event. You can watch the official theatrical thrailer of the movie below. Meanwhile the movie makers are planning to release the movie in the month of June.