Good Newwz Movie Story deals with a working couple from Mumbai, Varun (Akshay Kumar) and (Kareena Kapoor) Deepti Batra. The couple is trying for a child and is advised by the doctor (Adil Hussain) to opt for the IVF process. There is obviously a mix-up in the process bringing into the picture the other Batras-Honey and (Kaira Advani) Monika. The two couples are as different as chalk is from cheese and it is evident that the twain shall never meet. This is how the story behind. Good Newwz on Prime Video.

Good Newwz deals with a fresh subject of a pregnancy switcheroo, which is a treat for an urbane family audience. Some sparkling light-hearted comedy scenes keep you engaged in the first half, but the director falters in the second half, as he fails to resolve the situations he has built up in the first part.

The Good Newwz film received a positive response from the audience, good reviews from critics, and also earned more than Rs. 100 crore at the box-offices. A huge credit for its success goes to its engaging trailer and chartbuster songs, which hooked people till the film came to theatres. 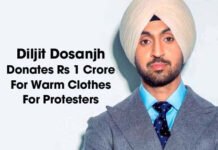