Theprimetalks.com
Home Hollywood Watch Gods of Egypt Movie Official Trailer
Advertisement
“Gods of Egypt” will be marketed and distributed for release on February 26 in India by Viacom18 Motion Pictures. 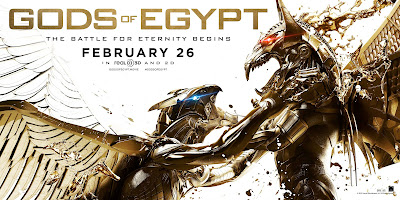 Gods of Egypt – The Battle For Eternity Begins :

The project, from Lionsgate’s Summit Entertainment label, is yet another project taken up by Viacom18 Motion Pictures that has been setting new benchmarks at the Indian box office with the success of franchises like “Mission Impossible”, “Terminator and Transformers – Age of Extinction”.
“We are delighted to collaborate with Lionsgate on ‘Gods of Egypt’. We have been keen to expand our English film slate with the growing Hollywood contribution to the Indian box office. Film viewers who appreciate scale and larger than life canvasses of Hollywood films are going to love this film,” Ajit Andhare, chief operating officer, Viacom18 Motion Pictures, said in a statement.
The fantasy film recreates the ancient Egyptian kingdom depicting armour clad, sword swinging Gerard Butler as the Egyptian God of Darkness, and Brendon Thwaites as mortal hero Bek.Directed by Alex Proyas, “Gods of Egypt” will be released in India in English, Hindi, Tamil and Telugu on February 26.