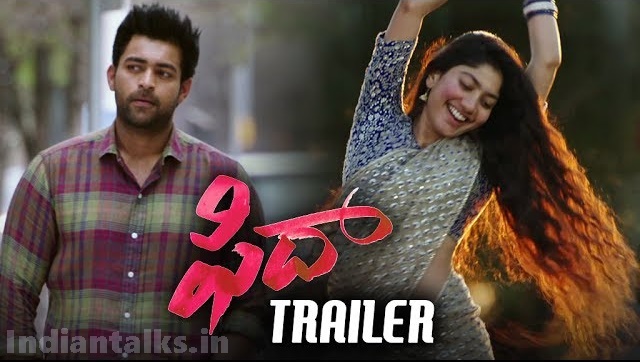 Fidaa Movie Theatrical Trailer: The Fidaa is an upcoming Telugu movie. Also, the movie seems to be a romantic action entertainer. Love Hate Love Story is the tagline of Fidaa movie. The tagline of the film indicates that the baseline of the story depends on Love. Fidaa is all about the story of an NRI boy who falls in love with a Telangana girl. Sekhar Kammula who is a National Film Award winner is the director of the movie. Also, Sekhar Kammula is responsible for the story writing and the screenplay of the movie.

Already the movie has grabbed its attention with the title ‘ Fidaa’. The word Fidaa which means ‘fall’ in Hindi, is interesting and increases the intensity in youth to watch the film. Apart from this the stills of the actress (Sai Pallavi) in motion teaser is eye-catching and attracted a large audience.