VK Sasikala expelled AIADMK leader and a close aide of former Tamil Nadu Chief Minister J Jayalalithaa has been released after spending four years in a Bengaluru jail in a corruption case. V.K. Sasikala will, however, remain in a hospital in the city as she is being treated for Covid. She will also continue to get protection from Karnataka Police as long as she remains in the state.

The 66-year-old VK Sasikala was formally released from the central jail in Bengaluru’s Parappana Agrahara after jail officials wearing PPE kits completed the formalities at the hospital. She will continue to be at Victoria Hospital for four to five days more, the hospital’s medical superintendent said. A huge crowd of her supporters lined up outside Victoria Hospital, raising slogans in her favor and distributed sweets in celebration.

Shortly before her release, hospital authorities said she is stable, adding that she is “conscious, alert and well oriented”. “The decision for her to continue treatment in Victoria Hospital has been taken by her and her family members,” the hospital said in a health bulletin.

According to Karnataka’s Covid protocols, Covid patients can be discharged 10 days after testing if they are asymptomatic. They also need to have been without the need for oxygen for three days. VK Sasikala is currently receiving some oxygen support.

She had been rushed to the government’s Bowring Hospital last week, on January 20, after falling ill and had been transferred to Victoria Hospital the following day. The ex-AIADMK leader’s release comes on a day when the Tamil Nadu Chief Minister Edappadi K Palaniswami inaugurated a ₹ 79 crore memorial for Jayalalithaa along Chennai’s Marina Beach. 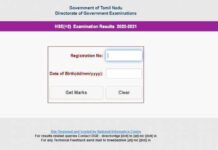