Village Rockstars Movie Oscar 2019: The Nominations for the 91st Oscars will be announced on January 22, 2019, over a month ahead of the Oscars ceremony which is slated to be held on February 24, 2019. Village Rockstars Movie Oscar 2019 Journey Ends today, But looking back at the journey of the Assamese drama, she says it has been one full of love, hopes, and aspirations. The Academy of Motion Pictures Arts and Sciences on Monday announced that nine films have advanced to the next round of voting in the Foreign Language Film category for the 91st Academy Awards.

Village Rockstars Movie, a little film with a big heart, was not one of them. Sharing a heart-warming photograph of the children in the film, Rima Das wrote an emotional Instagram post about the love that the movie has received in a journey that has seen it travel to festivals in the nooks and corners of the world.

“How we have all grown since we the first began. Back then, little did we – my band of rockstars and I know how far from the village our film would take us. From Toronto to Paris, Cairo to Los Angeles and even all the way back home, the love which greeted us in every town, at every screening, was beyond any of our wildest dreams.

“Without that love – all its warmth and generosity – we could not have made it as far as we have. So thank you. Thank you for opening your hearts to our film. For allowing it to enter you, live with you, breathe with you. Our journey towards the Oscars might end today, but it has been an incredible journey full of hopes and aspirations. Thank you for being there every step of the way.” She ended the note saying: “We will keep our faith alive to keep dreaming.” 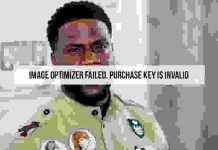