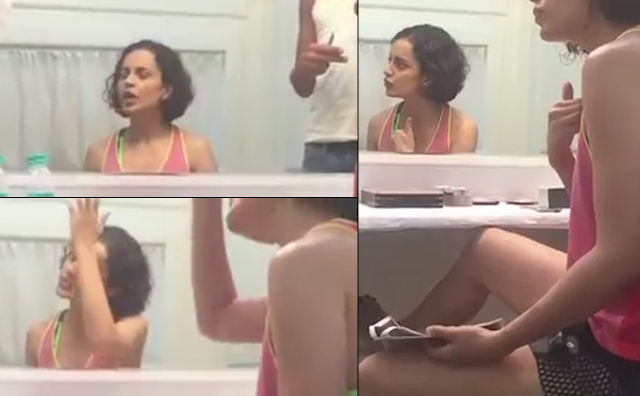 The video features Kangana on the sets of an ad shoot, when she suddenly loses her cool and gets furious at one of the crew members.
Advertisement

As per the sources, the leaked video might be recorded on the sets of Rangoon or for an ad shoot. However there is no confirmation of that!

Kangana will next be seen with Shahid Kapoor and Saif Ali Khan in Vishal Bhardwaj’s Rangoon.