Verithanam Song Leaked: The Tamil superstar Vijay is gearing up for the release of his much-talked-about venture ‘Bigil’. The film is a sports drama which has been written and directed by Atlee. Twitter was recently abuzz with the news of a song titled ‘Verithanam‘ being leaked online. A hashtag #VerithanamLeaked started trending on Twitter after clipping was believed to be a portion of the song from ‘Bigil’. However, later it was confirmed that it’s a hoax.

The official Twitter handle of Bigil movie even tweeted later about it. The tweet read: “Clarification: #Verithanam song has not been leaked as reported by certain media handles. ‘#verithanamleaked’ is a FAKE TREND initiated by anonymous members. #BIGIL”

Clarification : #Verithanam song has not been leaked as reported by certain media handles. ‘#verithanamleaked‘ is a FAKE TREND initiated by anonymous members. #BIGIL

Bigil Movie is directed by Atlee, who previously worked with Vijay in the blockbusters ‘Theri’ and ‘Mersal’. Nayanthara has been cast opposite Vijay. Actors like Kathir, Vivek, Daniel Balaji also play pivotal roles in ‘Bigil’. Jackie Shroff too is a part of the film. ‘Bigil’ is set to hit the screens on Diwali 2019. It has been co-produced by Kalpathi S Aghoram, Kalpathi S Ganesh and Kalpathi S Suresh. 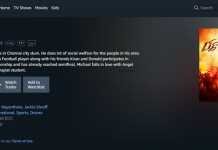