Many thought that producer Suresh Babu is actually waiting for the right date to make sure that ‘Venky Mama’ will reap huge benefits from the box office. Though the likes of Ala Vaikunthapurramuloo and Sarileru Neekevvaru have fixed Jan 12th as their date,

All these days the producer has eyed Sankranthi date for the Venky and Chay starrer too. But plans changed now. Reports are now coming that the Venky mama film will not be targetting Sankranthi season but will release in advance only. The latest update December 13th is locked as the mega date for Venky Mama to hit cinemas. 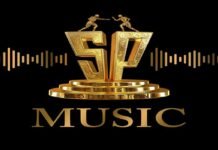