Venkatesh, Naga Chaitanya, Payal Rajput, and Raashi Khanna starrer Venky Mama is all set to hit screens on December 13, much to the delight of fans. The film’s team has now planned a grand Venky Mama pre release event in Khammam on December 7. Venkatesh and Naga Chaitanya will be sharing screen space for the first time with Venky Mama.

Venky Mama has completed the censor formalities and has received U/A certificate from the censor board. Venky Mama Telugu movie was predominantly shot in various parts of Rajahmundry, Hyderabad, and Kashmir. The film will see Venkatesh in the role of a farmer and Naga Chaitanya as a soldier. (Venky Mama Trailer)

Expectations are quite high on this film since this is the first time that both Venkatesh and Naga Chaitanya are sharing screen space in a full-fledged film. Directed by KS Ravindra alias Bobby, Bobby had earlier helmed super hits like Jai Lava Kusa and Balupu and jointly bankrolled by Suresh Productions and People Media Factory, the music of Venky Mama is composed by S Thaman and composed the tunes for the film which was initially set to hit screens during Sankranti and the cinematography is handled by Prasad Murella. Venky Mama also has Prakash Raj, Sampath Raj, Rao Ramesh and Posani Krishna Murali in pivotal roles. 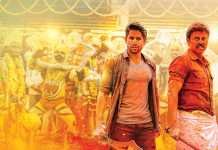 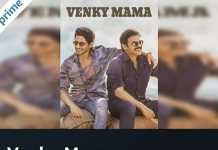 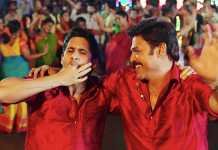 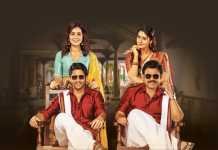 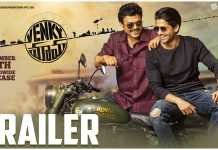 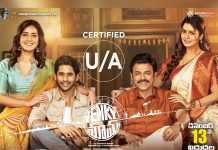