We have already reported that Mega Prince Varun Tej has joined hands with Harish Shankar for an upcoming project, the Telugu remake of Tamil movie Jigarthanda. Now according to the latest update, the Varun Tej Next Movie Titled as Valmiki. Varun Tej has confirmed this news by sharing a poster on his Twitter as he wrote, “Here is the title poster of my next!!! #Valmiki with @harish2you.”

The Valmiki movie will revolves around an aspiring filmmaker and dreaded gangster. The regular shoot will be started very soon. Varun Tej is known for choosing exceptionally well scripts. Now Varun Tej will be next seen in crime-comedy movie Valmiki. Sensational music composer Devi Sri Prasad has been roped in to compose tunes for this film, which will be bankrolled by 14 Reels Entertainments.

Varun Tej will be playing the role of Bobby Simha. If everything goes well, Valmiki Film will release this summer. More details about this project are yet to be revealed. We can expect another content oriented movie from Varun Tej like his previous films. 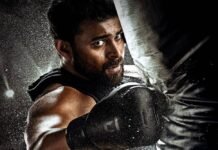 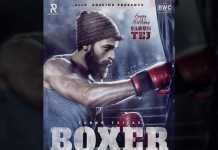 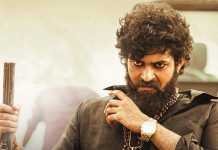