Since 1941, the 4th of July remains a public holiday in the United States, and thus marks the day when people in the US celebrate the birth of American Freedom. The famous 4th July fireworks in the District of Columbia remain the highlight of the day, alongside an annual grand parade in the capital Washington DC. From parades to processions, and famous 4th July Barbecue parties sizzle the culinary senses of Americans worldwide.

4th of July is meant to denote the American values of appreciating individual freedom and modulating the human character with the due progression of a particular time period, which a few decades after 1776 resulted in the abolition of slavery from the United States following the Civil War. 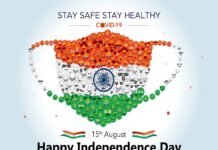