Earlier in an interview, Upasana Konidela has said, “I was interested in the fashion world and wanted to start my own business. But I realized I loved shopping more than designing.” When she was asked about her inspiration? She replied: Mother Shobana and father Anil. Upasana Kamineni Konidela has carved a niche for herself in the healthcare division. She is also heading the charity initiatives of Apollo Hospitals Group.

Upasana shared this news through her social media and thanked the organization for giving her award and finding her worthy of the Mahatma Gandhi Award for Leadership in Corporate Social Responsibility. Upasana is one of the busiest entrepreneurs and she strives hard for the welfare of the society. Ram Charan praised Upasana for this great achievement and she told that it would not have been possible without the love and support of him.

The best way to find yourself, is to lose yourself in the service of others – Mahatma Gandhi Thank you for finding me worthy of the Mahatma Gandhi Award for Leadership in Corporate Social Responsibility. 🙏🏻 @apollofoundation @theapollohospitals The 150th Birth Anniversary of #gandhi Ji has been really encouraging for our family 🙏🏻 Thanks for all the love and support #syeraanarasimhareddy Thanks – @tanghavri @karishmashaikhh @raw_mango @krsalajewellery @manjarisinghofficial #upasana #mahatmagandhi

A post shared by Upasana Kamineni Konidela (@upasanakaminenikonidela) on Oct 4, 2019 at 9:23pm PDT

Upasana Kamineni is into awareness building campaign on cervical cancer. Her ceaseless efforts on social initiatives include saving a Child’s Heart Initiative, Society of Aid the Hearing Impaired, etc. 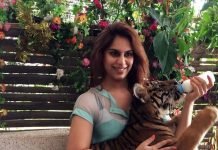 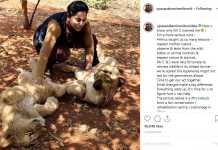 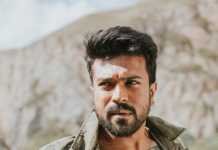 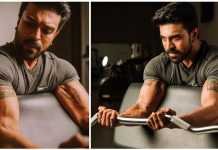