Ever since Twitter announced that they are exploring premium features on the platform via paid subscriptions, there has been a lot of news surfacing about them. Twitter is now reportedly looking into bringing an “Undo Send” feature that would give users a short period of time to withdraw a tweet after it is published.

The Twitter Undo Send feature was spotted in the website’s code by software reverse engineer, Jane Manchun Wong. She tweeted an animation of an “Undo” button showing up with a timer once a tweet was published. While this feature is not exactly an Edit button, it should allow users to quickly withdraw their tweets if they notice an error or typo.

Twitter is working on “Undo Send” timer for tweets pic.twitter.com/nS0kuijPK0

A spokesperson from Twitter confirmed that the Undo Send feature was one of the many that the company was experimenting with as a part of their paid subscription offerings. One of the other paid services that Twitter is currently testing is the Super Follow feature, which they announced about two weeks ago. This feature allows users to charge their followers for access to extra content such as special tweets, access to a community group, newsletter subscription, or a badge. 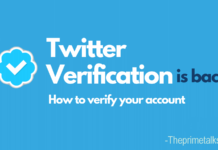