The TRS candidate Surabhi Vani Devi wins the election from Mahbubnagar-Rangareddy-Hyderabad Graduates’ MLC constituency by a margin of 36,580 votes over her nearest BJP rival N Ramchander Rao on Saturday. The counting of votes that continued for the fourth consecutive day was completed late Saturday evening. The election officials, however, are yet to declare the result officially. Surabhi Vani Devi is the daughter of former Prime Minister late PV Narasimha Rao.

The declaration of the result of the Warangal-Khammam-Nalgonda Graduates constituency is expected later in the night. TRS candidate Palla Rajeshwar Reddy established a comfortable lead over his nearest rival Teenmaar Mallanna even as the counting of second preference votes was still on in Nalgonda. Following Surabhi Vani Devi’s victory, celebrations started at TRS Bhavan with party leaders and activists bursting firecrackers and distributing sweets to each other. 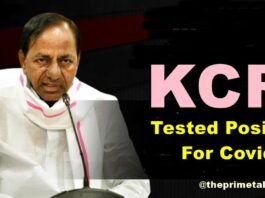