The year 2018 has been a good one for the Telugu cinema Industry so far. A mammoth spectacle, a non-conformist, and the immersive narrative of an enfant terrible, a romantic musical, the star-driven action entertainers, the family dramas, the comedies, and even a submarine war film Telugu cinema had it all this year. Here Top 10 Tollywood Movies of 2018 picks from the year.

1. Rangasthalam: Ram Charan and Samantha Akkineni starrer village-based drama, directed by Sukumar was made on the budget of Rs 60 Cr whereas the movie collected Rs 216 Cr at the box office. It was a Non-Baahubali hit.

5. Mahanati: The biopic of South Indian Legendary actress Savitri, in which Keerthi Suresh played the female lead, made on the budget of Rs 250 million, earned Rs 780 Million. 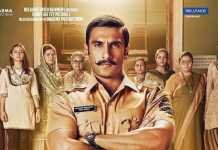 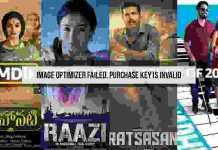