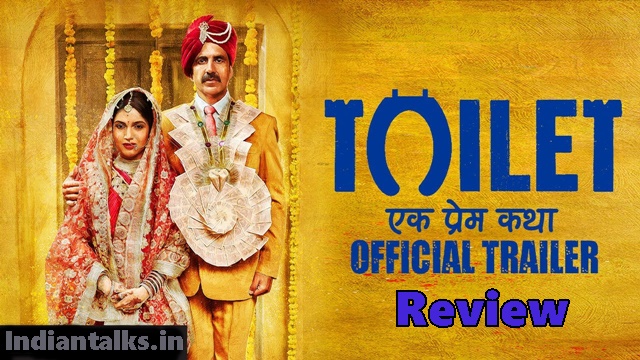 Toilet Ek Prem Katha Trailer Review: Watch the official trailer of the film ‘Toilet Ek Prem Katha’. It is an upcoming Hindi film, which is a part of the Swatch Bharat program of Prime Minister Narendra Modi.The Toilet Ek Prem Katha movie story revolves around the struggle of women in the rural areas of India and how they fall sick from the lack of the availability of facilities in the village.
Going to Toilet Ek Prem Katha Trailer portrays the actor as a protagonist working hard to help his wife and save his marriage from the mindset of his villagers.The trailer kicks off with a young man eager to get married and constitutes for the comedy but it takes a tragic turn when after the first night of the marriage, the bride is invited by the women of the village to use open fields to defecate. Unable to go, she is made fun of by them and asked if her in-laws aren’t feeding her enough.
The film is directed by Shree Narayan Singh, co-produced by Akshay Kumar and Neeraj Pandey.The Toilet Ek Prem Katha Movie also features Akshay Kumar and Bhumi Pednekar in the main lead roles, with Anupam Kher, Divyendu Sharma and Sana Khan in supporting roles. The film which is a satirical take on a battle against the age-old tradition of open defecation in the country is releasing on 11 Aug 2017.