Theprimetalks.com
Home Bollywood Tiger Shroff’s A Flying Jatt Movie Official Teaser
Advertisement
A Flying Jatt Movie Teaser: We have seen many superheroes and we have seen many turbanators too. But Tiger Shroff is combining both in his upcoming A Flying Jat .The film by Remo D’Souza and stars Jacqueline Fernandez opposite Shroff. The film also features Mad Max: Fury Road star Nathan Jones, as super-villain, who gets introduced right in the beginning.A Flying Jatt film is slated to release on 25th August 2016. 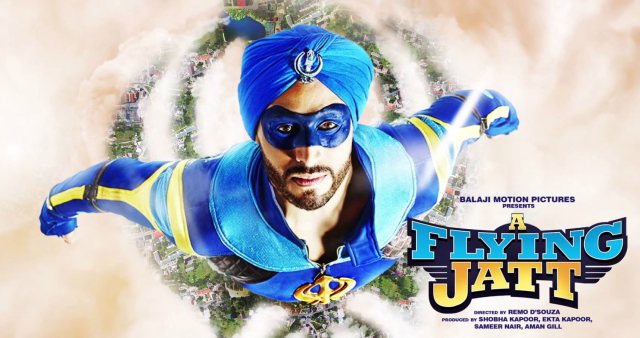 The A Flying Jat teaser is out and it looks like a war between the good and the evil – just that it has some hardcore action. Considering Tiger  Shroff is a trained Taekwondo expert, we can look forward to some heavy-duty punches.

The Tiger Shroff’s A Flying Jatt trailer begins with the first look of Nathan Jones as the villain terrorising humans. There are explosions, darker times, and the promise of mind-boggling action sequences.In comes the superhero. He is wearing an outfit with the same colours as Nihang’s .On one side he is fighting the evil, on the other, he is romancing with hot Jacqueline Fernandez’s character. So be sure of getting some smoothly choreographed songs thanks to Tiger Shroff teaming up with D’Souza.
Advertisement