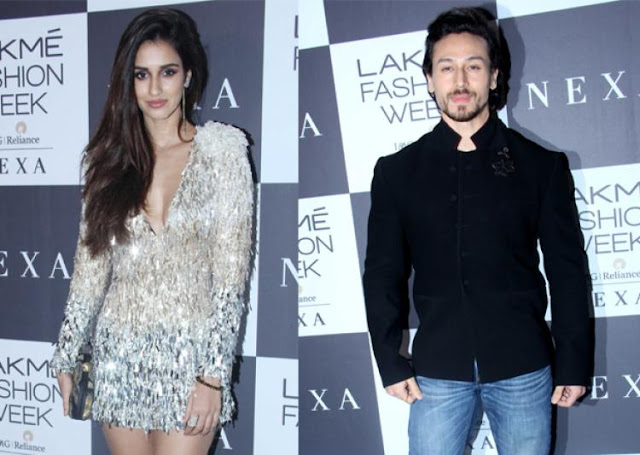 Tiger Shroff saved his rumoured girlfriend Disha Patani from suffering an oops moment during Lakme Fashion Week (LFW) 2017. The actress almost fell victim to a wardrobe malfunction while walking the ramp for ace designer Manish Malhotra.
First, Tiger Shroff walked the ramp in style, flaunting his charm in a black blazer and denim. Next, it was the turn of Disha Patani to set the ramp on fire. However, it was her short dress and the mirrored ramp that caused the issue.
While Disha Patani was looking stunning in the gold metallic short dress, noticed that she might face an embarrassing situation on the ramp. Just actress was about to start her walk, Tiger Shroff whispered something in her ears.
Apparently, he told Disha Patani that the ramp causes mirror effect. Later, two other members of the organizing team also came up to Disha and cautioned her about the same.
Advertisement
Manish Malhotra’s closing show at Lakme Fashion Week 2017 was attended by many stars like Karisma Kapoor, Amrita Arora, Neha Dhupia, Sridevi and more.
Advertisement