ALTBalaji, India’s home-grown OTT platform, has collaborated with Amazon Alexa where, users can access The Married Woman Series dialogues, songs, and One-liners. Amazon India is working with collaborators to expand Alexa’s India-focused skills, and ALTBalaji becomes one of the early adopters to get on to the platform.

The command to start watching the show plays the show for the audience, giving them an overview of the show and what can be expected. It also gives viewers access to The Married Woman Series trailer, the soundtrack, and other interesting facts and details about the show.

Divya Dixit, SVP – Marketing and Revenue at ALTBalaji, said, “Tying up with a market leader like Amazon Alexa will help us expand our reach to a larger audience and enable ALTBalaji to make it accessible to larger global audiences. While this show has already been widely acclaimed by critics and masses alike, with additional reach through Amazon Alexa, we expect the fanbase to grow stronger. The Married Woman Series seems as if it will continue to be one of the top trendings shows this year.”

The lead actor in the series, Ridhi Dogra shares her thoughts on the collaboration, “The Married woman is a series that is so dear to me. The success of the show wouldn’t have been possible without the love and support of the viewers. I am so excited that more people now gain access to the beautiful story with ALTBalaji’s partnership with Amazon Alexa. I look forward to hearing more of how the audience loved the show” 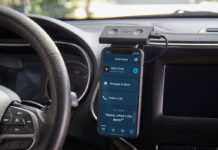 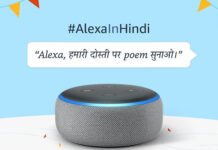 Amazon Alexa can now Respond to your queries in Hindi