Telegram has announced that it closing in on the 500 million active user mark. To keep a service of this scale operational, the company has announced plans of monetization through the co-founder Pavel Durov’s public channel on Telegram.

Durov laid out a two-fold plan on monetization the service starting next year. The first part of this will be introducing premium features for business or power users. While all existing features will continue to remain free, the service will introduce some new features that are aimed at fulfilling the needs of the more demanding userbase. As for one on one and private group chats, those will remain free of ads.

In his post, Durov also assured users that Telegram will remain an independent company. The steps they are taking with monetization will help keep the company afloat and also avoid having to sell it to make money. Never one to mince his words, Durov also pointed to WhatsApp as an example of how things can go bad when platform owners prioritize profits over user privacy.

The company also released a major update on the mobile platforms that adds voice chat support to groups. Unlike voice calls, voice chats are like an open voice channel that people can go in and out of as they please and those in can continue talking or just listen to the others. You can continue to use the rest of the app while the voice chat is open in the background. On Android, a floating widget will appear on the screen when a voice chat is active and can be minimized to a chat bubble.

The feature will also be available on the Telegram desktop client on Windows and macOS. The update also brings other enhancements, such as faster loading stickers that show and outline before they finish loading, SD card storage on Android for moving their Telegram files from the internal storage to external storage, new app animations on Android, ability to announce your messages using Siri on iOS, ability to edit photos on Android after you’ve sent them, and finally, more animated emoji. 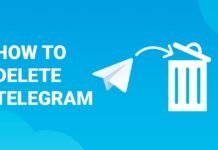 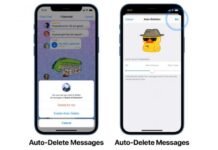 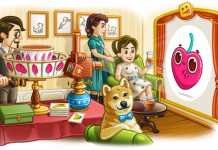