Marking the birthday of Chief Minister K Chandrashekhar Rao on February 17, Green India Challenge (GIC) took up a massive plantation program – Koti Vrukshaarchana, promoting the plantation of one crore saplings across the State. The GIC is making arrangements to begin the plantation drive at 10 am and conclude the entire program within an hour.

According to a press release, KTR requested all the people’s representatives of the TRS party to participate in the event and make it a grand success. He appreciated the efforts of Rajya Sabha MP and TRS general secretary, Santosh Kumar, for taking up the initiative and encouraging massive plantation for a Green Telangana. 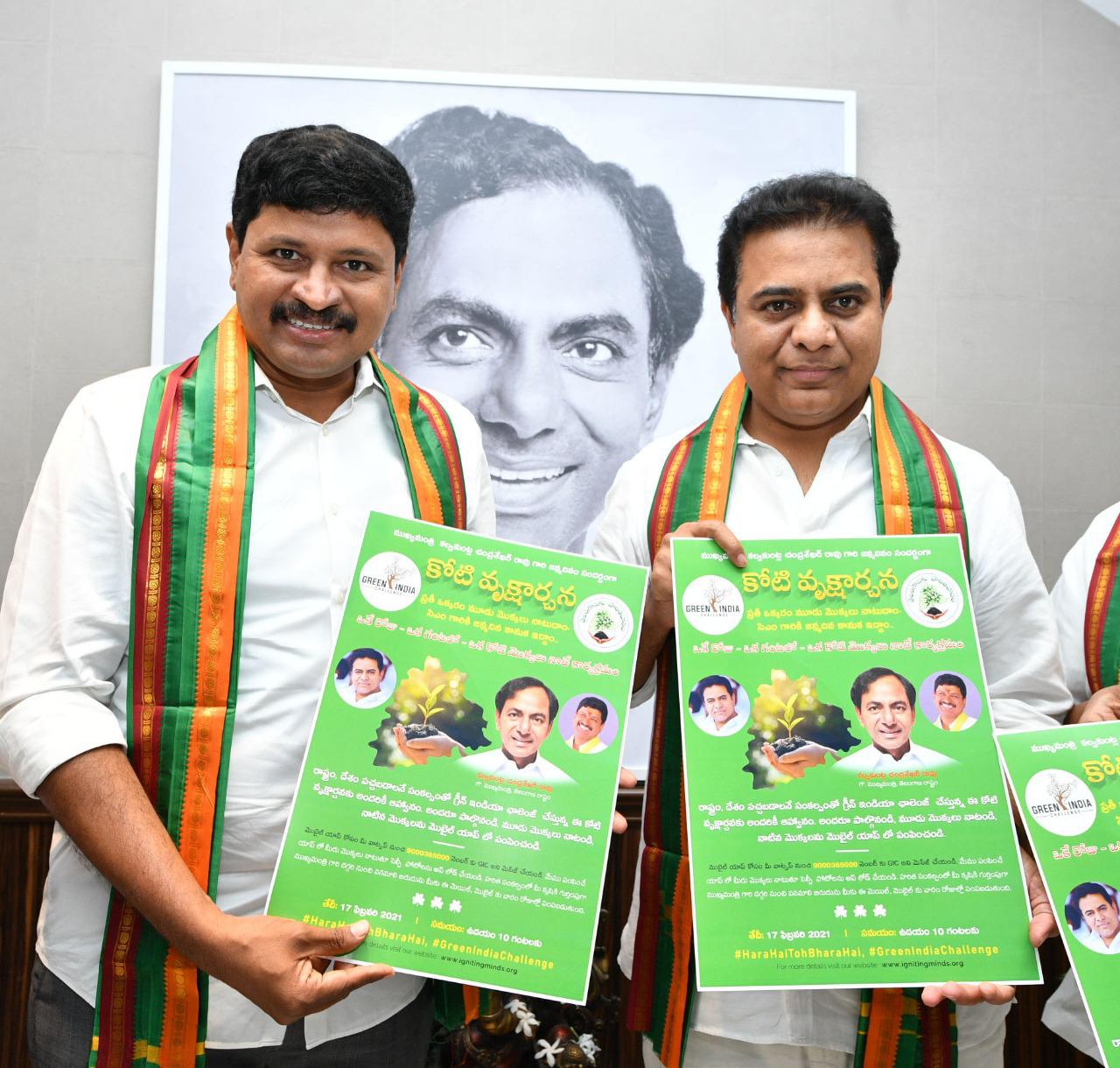 Ministers Mohd Mahamood Ali and Talasani Srinivas Yadav stated that the program should be taken up by the Sarpanches of all gram panchayats in the state, with the village as a unit in coordination with the departments of Forests and Panchayat Raj. On the occasion, MP Santosh Kumar explained about the massive plantation drive to Forest Minister A Indrakaran Reddy and Panchayat Raj Minister Errabelli Dayakar Rao over the telephone and sought their support in this regard. Both the Ministers responded positively and assured to issue necessary orders in this regard.

The participants will receive a link to download a mobile application or app on their Whatsapp, using which they should upload their selfies with the plants after planting three saplings. Within a week, they would receive a message from the Chief Minister along with the ‘Vanamali’ title through Whatsapp or email.