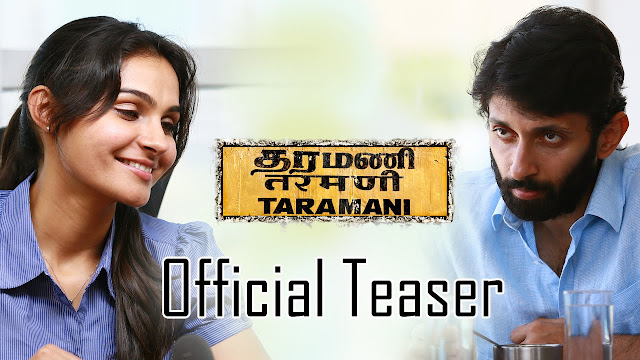 The video tries to depict a couple of questions that comes to an orthodox boy when he is with an independent and a strong women. The teaser portrays the boy’s confusion and frustration with a dose of humour.
Andrea Jeremiah plays an Anglo-Indian girl and Vasanth Ravi will be seen as her boyfriend. She has done the role of Alethea, a straightforward, strong and highly self-esteemed city girl, while the hero enacts the character of a village boy, who comes to the city.
The teaser gives an outline of the story and indicates that the movie will be about a couple. It promises the film to be a light-hearted entertainer with a message. The other major highlight of the video is the background score composed by Yuvan Shankar Raja.”Taramani” has Theni Easwar’s cinematography and A Sreekar Prasad’s editing. It is bankrolled by J Sathish Kumar.