Tandoori Idly Web Series Story About? Selvam (Ajai Prasath), Alex (Vinod Kumar), and Chandran (Vikkals Vikram) are software employees. They are working under Deepak, their manager. What happens when instead of one of them getting promoted as a new team leader, Simran (Avanthika Misra) arrives from Delhi? How the equations between them change with her presence? And where it ends is what the series is all about?

Tandoori Idly show is set in the backdrop of an IT company in Chennai. A North Indian girl, Simran joins the company and that changes the life of the team. Selvam, Alex, and Chandran initially try to do anything to drive her away, but as time passes the situations change. Workplace politics, office romance, budding friendship, and cultural differences are all put to test in the journey of a North Indian girl in Chennai. (Queen Web Series)

Tandoori Idly Overall, Tandoori Idly offers nothing fresh. It still manages to provide fun in parts due to the casting and their chemistry. Give it a try because it is short and will be over soon. At the same time, if it doesn’t interest you, don’t worry, you are not missing anything. It is a pure timepass affair that can be passed if you don’ have the time. 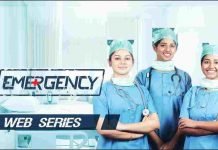 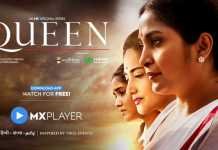