Mega Star Chiranjeevi has conveyed heartfelt wishes to all the Telugu People who have settled and strengthened in various countries around the world. Chiranjeevi has lauded TANA through a video and wished the ‘World Telugu Cultural Festival 2020‘ a success. Mega Star Chiranjeevi, while responding to the three-day event from July 24, lauded the efforts of expatriate Telugus to preserve the richness of the Telugu language and Telugu culture.

Mega Star Chiranjeevi said the Telugu language is the 15th most spoken language in the world, followed by Hindi and Bengali in India. He said it is third in the US after Hindi and Gujarati, which is currently hosting the event.

Telugu Association of North America (TANA) was founded at a convention in New York in 1977 of Telugu People from all over North America and was incorporated in 1978 as a not-for-profit organization. TANA’s mission is to identify and address the social, cultural, and educational needs of North American Telugu Community in particular and Telugu people in general.

Telugu Association of North America (TANA) aims to perpetuate, integrate, and assimilate the cultural heritage of the Telugu-speaking people into the mainstream of North America. Telugu and Indian ethnic organizations around the world look up to TANA as a pioneer and role model for its various innovations in promoting culture and serving the community. 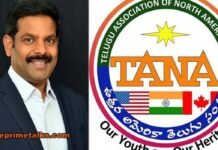