During the Bigg Boss Telugu Season 4 Grand finale Megastar Chiranjeevi has brought homemade biryani for Sohel, which was specially cooked by his wife Surkha and Megastar had also promised Sohel to play a guest role in his upcoming movie. Sohel had thanked Chiranjeevi by personally meeting him today. Syed Sohel has also met King Nagarjuna and He has also shared his emotion on his Instagram post after 30 days of coming out from the Bigg Boss house. Sohel has shared his social media experiences about what could be a more fabulous gift to him in the year 2021.

A portion of his Instagram caption stated that he met the two stalwarts – Nagarjuna Sir and Chiranjeevi Sir. ‘Love you both from the moon to earth,’ Sohel wrote. 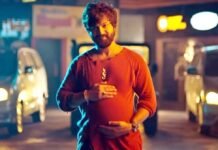