In the video, Suma Kanakala is seen on the stage along with host Nagarjuna Akkineni and said that the Corona pandemic has brought many changes in people and now I am entering into the Bigg Boss Telugu 4 House as a Wild Card which will bring changes in their lives. All the housemates were overjoyed with the entry of Anchor Suma is a new wild card entrant. 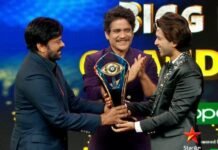 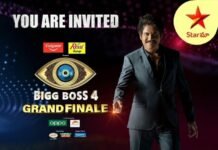