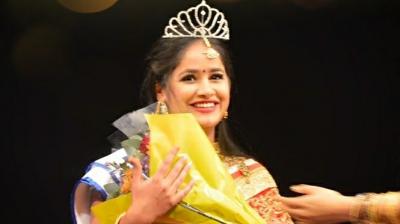 Srisubha Addepalli, a 25-year-old IT employee from Andhra Pradesh who entered a beauty pageant after a challenge from her friends, was crowned Miss India, South Africa Gauteng 2017.
Srisubha Addepalli said she entered the pageant after her friends challenged her and went on to beat eight other locals to get a shot at the international Miss India Worldwide title, where winners from other provinces of South Africa will vie for the opportunity to represent the country.
Farook Khan, who started the Miss India South Africa Pageant 27 years ago, said it was the second time in the history that an India-born entrant had won the title.
“Ayushi Chhabra, who won the title in 2009, has gone on to become a renowned model and actress in New York.
“We have always believed that the pageant should be open to anyone who subscribes to the ethos of our unique Indian culture, irrespective of origin,” Farook Khan said.
Facebook
Twitter
Pinterest
WhatsApp
Telegram
VK