Telugu Director Srinu Vaitla who is making his comeback after a year, says that he is very confident of the success of Amar Akbar Anthony at the box office. He has also announced an Amar Akbar Anthony Hindi Remake. Srinu Vaitla is one of the most successful directors of the Telugu film industry but his career took a backseat following the back-to-back failures like Aagadu (2014), Bruce Lee (2015) and Mister (2017). Now, the director is gearing up to release his next venture Amar Akbar Anthony on 16th November 2018.

Srinu Vaitla is under huge pressure to score not just for himself, but also for mass Maharaja Ravi Teja, who has also delivered back-to-back flop movies. Amar Akbar Anthony Telugu Film is produced by successful banner Mythri Movie Makers. Its promos have struck a chord with the film-goers and created a lot of curiosity about the film. The director Srinu Vaitla is super confident of its success and pinned a lot of hopes on the movie.

“I am super confident about the outcome of Amar Akbar Anthony movie and is confidently saying that I will remake the movie in Bollywood as well,” said Srinu Vaitla in an interview, adding, “Earlier I got the opportunity to remake the movie Dookudu, but the things did not materialize. But this time, I will not leave the opportunity. That is the main reason, I did not sell the Hindi rights of my upcoming film.”

There is no doubt the promos of Amar Akbar Anthony garnered good response from the movie buffs, but the movie does not boast a unique content that is worthy of being remade in Hindi or any other language. This aspect may make you think that Srinu Vaitla is overconfident about the movie. It should be seen whether it will really become hit at the box office and he would make Amar Akbar Anthony Hindi Remake in Bollywood. 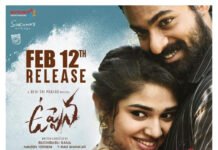