Theprimetalks.com
Home News Sri Rama Navami 2017 Vrat Vidhi, Puja Date & Time in India
Advertisement
Rama Navami 2017: The Sri Rama Navami is believed that Hindu God lord Rama was born on this day and people across the country consider it an auspicious day. Lord Rama is considered to be an avatar of lord Vishnu and the day is celebrated with much fervor especially in North India.
Ayodhya is the birthplace of Lord Rama and Rama Navami celebrations in Ayodhya are remarkable. Devotees come to Ayodhya from far-flung places.After taking the holy dip into river Sarayu Devotees visit Rama temple to participate in birthday celebrations.
Sri Ram Navmi is a part of spring Navratri. During the 9 days of Navratri, devotees worship different avatars of Goddess Durga and keep a fast. Although the customs vary from people to people, everyone by the end of nine days opens their fast by offering prayers and performing aartis.Here’s all you need to know about the festival of Sri Rama Navami 2017: 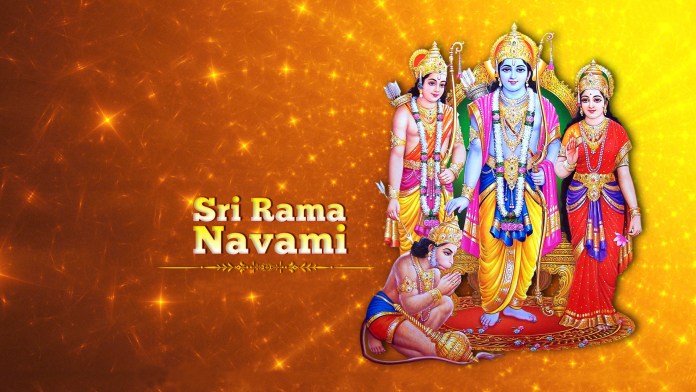 This time around, the festival of Sri Ram Navami falls on the 5th of April. Hindu god Lord Rama is believed to have been born in Ayodhya. One of the most important parts of the festival are the delicacies which are offered to God. Devotees make ‘halva’ and ‘poori’ and along with serving the ‘prasad’ to God, offer it to little girls who are considered to be Goddess Durga’s avatars.
Advertisement

Mostly, fasting is done during the nine days of Navratri and not on the day of Sri Ram Navami but some choose to continue their fast on Ram Navami as well. During fast, devotees eat fruits and other delicacies made with water chestnut flour. They open their fast by offering ‘prasad’ and prayers to god, chanting the name of god and visiting temples. Devotees in Ayodhya also take a holy dip into river Sarayu to offer their prayers to Lord Rama.

The time of the puja depends upon the sunrise and the sunset. This time around, Lord Rama’s birthday, according to the Hindu Calender would fall between 11 am and 1 pm. The auspicious time last for 2 hours.
will let you celebrate Lord Rama’s birthday on the right day. You can visit temples, organize Akhand Path and chant Mantras to appease the Lord on this pious day. Go through these Sri Ram Navami 2017 and utilize the best from Ram Navami celebrations. #indiantalks wishes Happy Ram Navami to all.
Advertisement