The Southern Ocean Recognised as World’s fifth ocean is officially announced. The Southern Ocean is a vital home for marine ecosystems and a focal point for the southern hemisphere. It directly surrounds Antarctica, extending from the continent’s coastline to 60 degrees south latitude, excluding the Drake Passage and the Scotia Sea.

The ocean’s borders touch three of the four other oceans that exist on Earth — the Atlantic, Indian and Pacific. But what makes the Southern Ocean different from the others is that rather than being largely defined by the land that surrounds it, this body of water is unique because of a current that lies within.

Scientists have known for many years that the icy waters around Antarctica form a distinct ecological region defined by ocean currents and temperatures pic.twitter.com/AQJPKZwUNN

The Southern Ocean’s latitudinal boundary of 60 degrees south is roughly the same boundary as the Antarctic Circumpolar Current (ACC), which, according to National Geographic, brings about colder and less salty water than what is found just north of the region. This current, estimated to be approximately 34 million years old, is what makes the ecology of the Southern Ocean so distinct, providing a unique habitat for thousands of species, National Geographic said in its magazine. 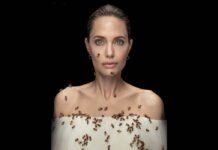