Sonu Sood Distributes e-Rickshaws: Indian Actor Sonu Sood has decided to distribute electronic rickshaws to those in need in different parts of the country. He has started by distributing 100 e-rickshaws in his hometown Moga. The actor Sonu Sood has started this initiative to help the unemployed, especially those, who have suffered because of the pandemic.

Sonu Sood Said to IANS, “I plan to distribute in as many states from Uttar Pradesh to Bihar, Jharkhand, Orrisa, and more. For now, I have started with my hometown Moga, in Punjab.” Talking about the motive behind his action is his pledge to reduce unemployment.

A small step today, for a big leap tomorrow. By providing free e-rickshaws that can be used to kickstart small businesses. A small effort to empower people to become self reliant. @ShyamSteelIndia #KhudKamaoGharChalaao#MaksadTohIndiaKoBananaHaihttps://t.co/hN5ERGVMqT pic.twitter.com/CuAum9vYyG

“I want people to be self-reliant so that they get employment and earn their own living. After the pandemic, it became very difficult for many people to maintain their employment. E-rickshaws are a good way to help them. I would request everyone to not waste money or unnecessary expenses but instead give an e-rickshaw to someone in need so that they can help their families, “the actor Sonu Sood says. 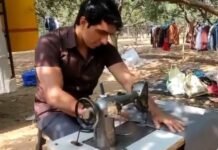