Suriya, who shares a great camaraderie with Mohan Babu’s family, released the film’s teaser on Twitter and wrote: “Proudly Presenting #SonofIndiaTeaser with immense respect to “Collection King” @themohanbabu sir ‘In & As’ #SonofIndia. Maestro #Ilaiyaraaja Musical!! All the best @ivishnumanchu (sic).”

Son of India Movie Teaser started off with MegaStar Chiranjeevi’s voice-over and He introduces Mohan Babu and doled out how he solves every problem with much ease with his intelligence From Police Officer to watchman and rowdy to a political leader, Mohan Babu essayed many roles in this small video, Even the powerful dialogues also made the teaser worth watching. The Son of India teaser is a complete one-man show of Mohan Babu. 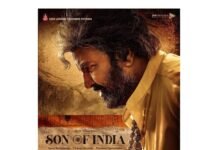 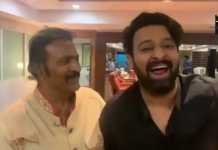